Home » Will Bow – Hopefully I Used… 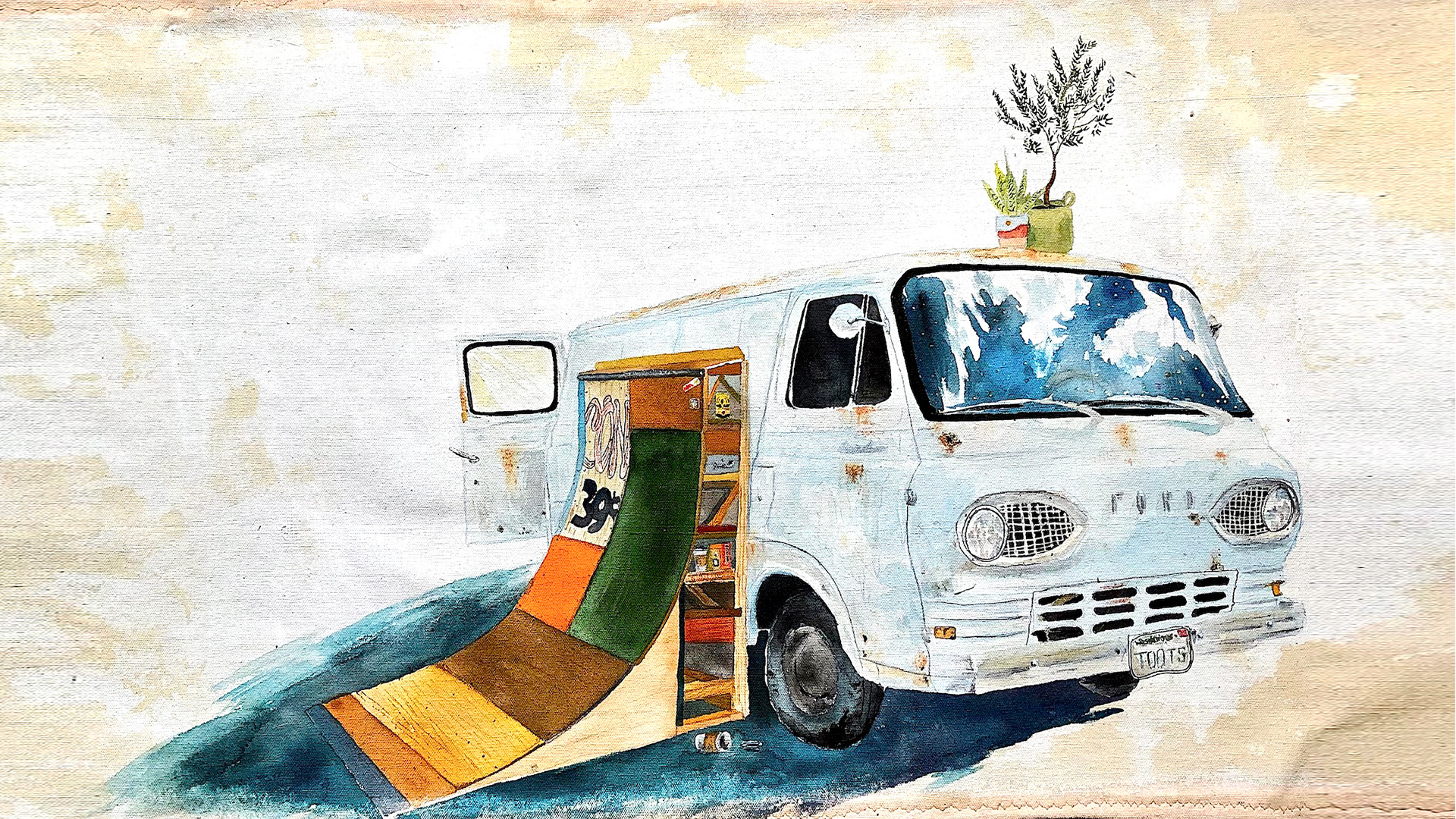 Hopefully I Used Some of Your Favorite Colors

Will Bow has been drawing weird stuff since he was very young. Drawing was a way to pass the time as a military brat with a childhood marked by cross-country travel, regular moves and periods of disconnectedness and temporal friendships. Coupled with his love of sketching, Will discovered an affection for skateboarding after finding an old Variflex skateboard at a rummage sale. That same summer Will spent a long weekend with his much cooler cousin David, who had a quarter pipe and an Alien Workshop skateboard deck, a brand far superior to the brand Will was riding. An obsession with the alternative culture and independent spirit that permeated skateboarding (board sports in general) was sparked. Countless hours were devoted to perusing Thrasher and Transworld magazines and copying designs from decks in the CCS skateboard catalogues. Skateboarding filled his mind. On long bus rides to and from school, the irrigation ditches became halfpipes in which an imaginary skater was having the run of a lifetime. These make-believe skateboarding spots spawned on every surface. And he began building his own features to skate which included crummy ramps, rails, and platforms out of found fence posts, old doors, street signs, refrigerators, and discarded furniture. And time passed, and so did his obsession with skateboarding…

But after a few years of adulting, Will decided that he was more interested in (and better at) being forever young. So, he pivoted back to some of his childhood tendencies, and more importantly, back to skateboarding. Getting back on the proverbial saddle was easy, however it was the falling that was more difficult. Will’s old-child-body doesn’t recover like it did in his formative years, so the only way to safely execute tricks has been to create a safe and injury-free space in his sketchbook and on his painted canvas flags. For Will, and perhaps for you, these works serve as focus for meditation and daydreaming. You may find yourself imagining a 360 mute-to-fakie on one flag, brought back to the summer of ‘89 on another, remembering where you got that scar on your knee from, or tending an outer space garden on the next. Whatever the case, Will hopes these canvas banners hold a moment of your day, and unearth something latent that’s been hidden inside of you. And on behalf of PUNCH, we say Send It!!

Will Bow lives with his wife, son, a bunch of house spiders and a handful of mice in a wooden house on a tree-covered hill on the outskirts of Roslyn. When he’s not dreaming up fictitious ramps to skate, he spends his time recreating with his family in the foothills of the Cascades and painting murals. Additionally, he serves on the PUNCH Board of Directors as the Secretary, an official role he takes very seriously.

Hopefully I Used Some of Your Favorite Colors