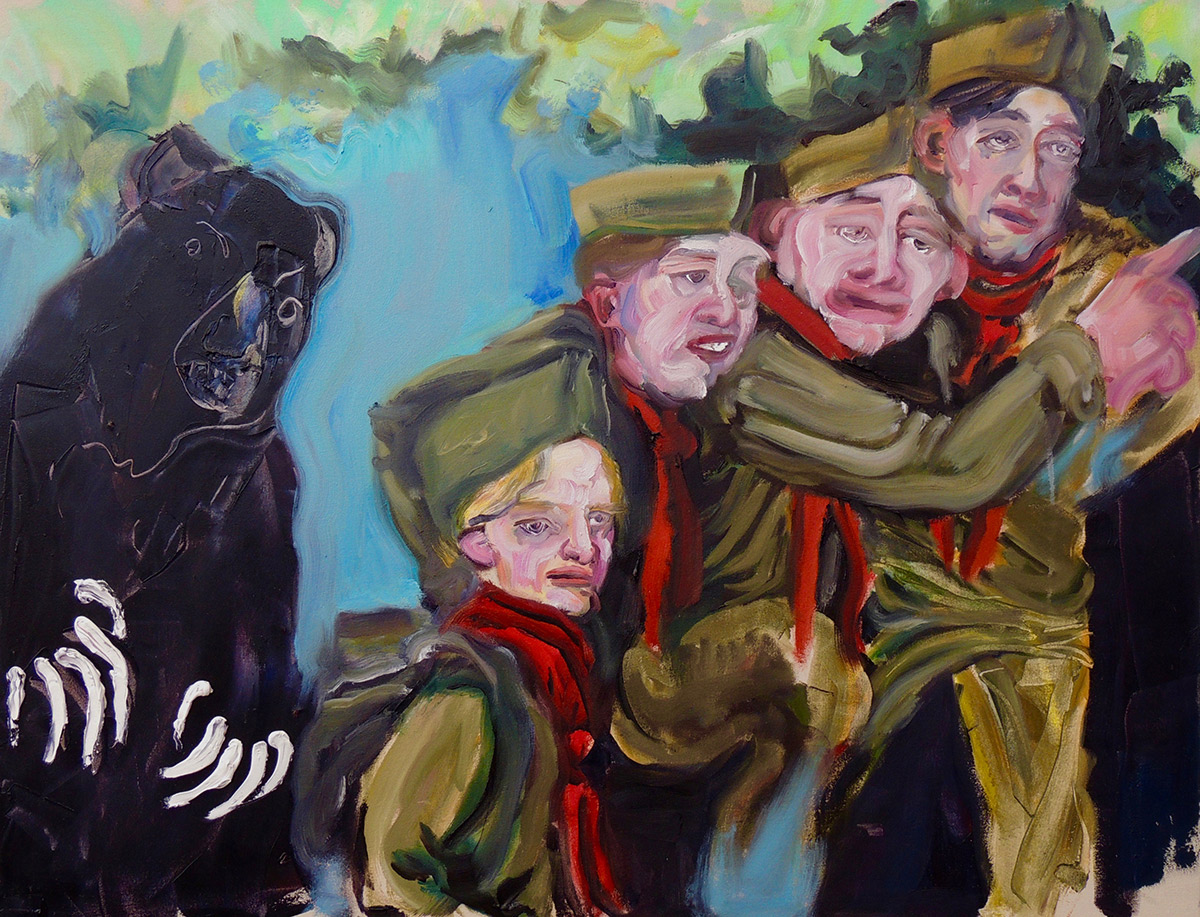 Ray Mack’s paintings work with conventional, erudite practices and themes deemed relevant by the western canon to make little jabs at the social systems that spawned them. She has a shoplifting mentality toward making – riffing on paintings from art history as a starting point and using humor to navigate her place as a female painter within this largely male-dominated lineage. She is drawn to the canonical austerity and conservative self-importance of classical paintings, icons… any image that is widely and unquestioningly recognized as art. Mack sees these paintings as a sort of palimpsest- something intended for one purpose and later reused for another. She confronts the language of painting directly, using the formal strategies of pilfered originals to address the gap between their intended meaning and how the image translates through her perspectival lens. Her versions of these paintings work hard to tickle the armpits of the stodgy old men who made them and shake loose the humor that we find when we look at our own societally induced sentimentality.

Making her PUNCH gallery debut, Ray Mack’s exhibition what he said riffs on Norman Rockwell’s iconic illustrations of Americana in a series of paintings that shift the perspective of Rockwell’s narratives, trading in their original wholesome, sentimentalized associations for a viewpoint that highlights the bizarrely normative nature of their definition as such.

Ray Mack (b. 1985) grew up weird in the small town of Ellensburg, Washington. She received her BA in Studio Arts from Bard College and her MFA in Painting from the San Francisco Art Institute in 2012. Her work has been exhibited and published both internationally and nationally. She currently lives and works in Seattle, Washington.

Ray Mack
what he said