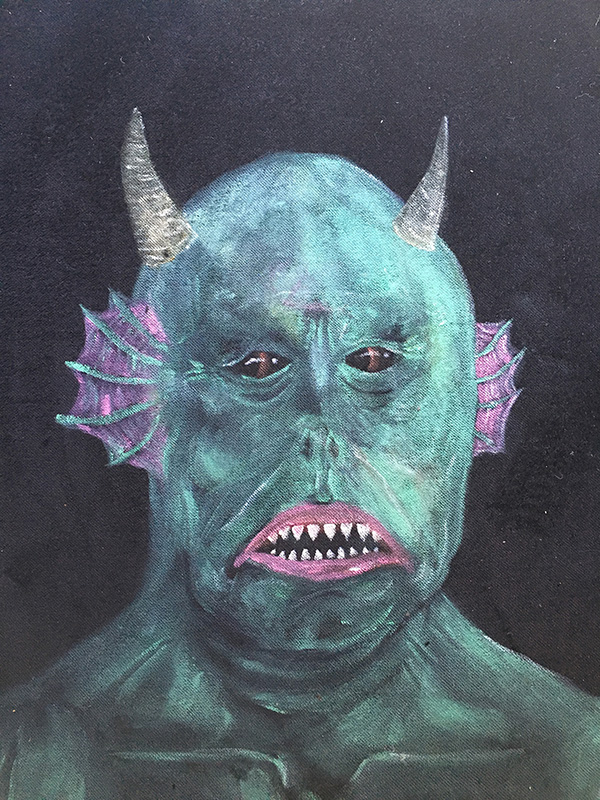 Our world has experienced an unnumbered count of anthropogenic disasters that have caused unprecedented damage to the ecology, much of which is irreversible. THE UNDERWATER HOOHA SHOW dives deep into a nightmarish fantasy of malicious and toxic beasts that can only be imagined in the darkest, less explored unknown nether regions of earth’s deepest and most unforgiving places. The purpose of this show is to raise awareness of the biological discoveries of new species which can endure the harshest of environments, an idea which flexes the shadows of fact and thought, stirring discussions as to how much longer the human-environmental control will last till the Earth decides to take back over.

Nate Steigenga was born in the Seattle area. He graduated from Central Washington University with a BFA in Drawing, Painting and Sculpture. This is his third Solo show in Seattle.