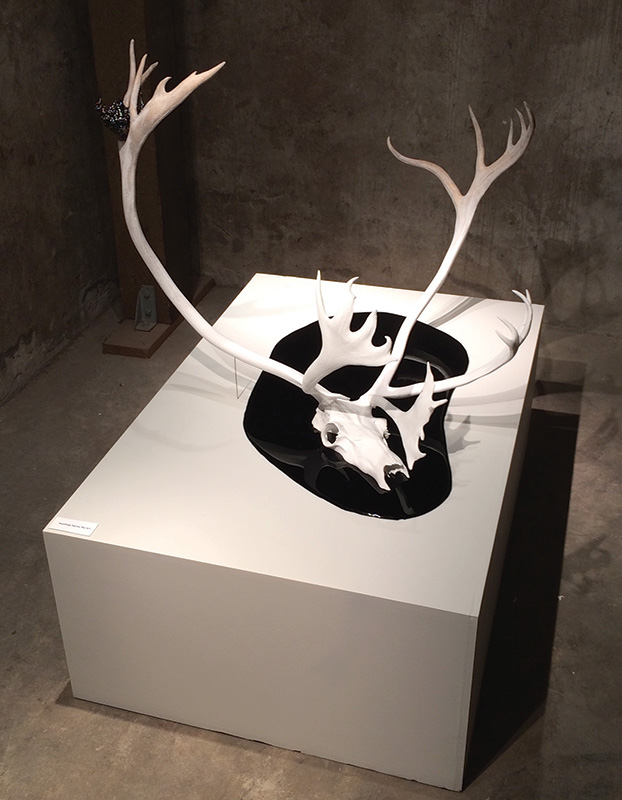 To ring in the New Year, PUNCH presents work by Portland-based artist Carolyn Hopkins. Made while in-residence at Leland Ironworks in Oregon City, OR in November 2015, the drawings and sculptures of this exhibition focus on moments of transition, loss, and unexpected transformations. Reflecting on the recent loss of her father, Hopkins’ work has become more focused on moments of transcendence. Many of these pieces look both to physical embodiments of a person, feeling, or relationship in a particular moment in time as well as their less tangible counterparts after a loss or transformation has occurred.

Through collection, reflection, and reinterpretation these works have emerged out of a process of mourning and re-examining the notion of losing something or someone.

For Hopkins, emptiness is not just the absence of something, but also a space left open to possibility. These works reside in that moment of possibility.

Carolyn Hopkins graduated with an MFA in Sculpture from the Cranbrook Academy of Art and a BFA in interdisciplinary arts from the Kansas City Art Institute. Her work questions the traditional cultural roles of the feminine and masculine as well as the tamed and untamed and creates outposts from which to reexamine a recognizable terrain. Carolyn’s work has been shown nationally and internationally and has been featured in publications including Sculpture Magazine. She has collaborated on projects with Mark Dion and Spurse. Carolyn lives and works in Portland, Oregon.

Carolyn Hopkins
Into the setting sun