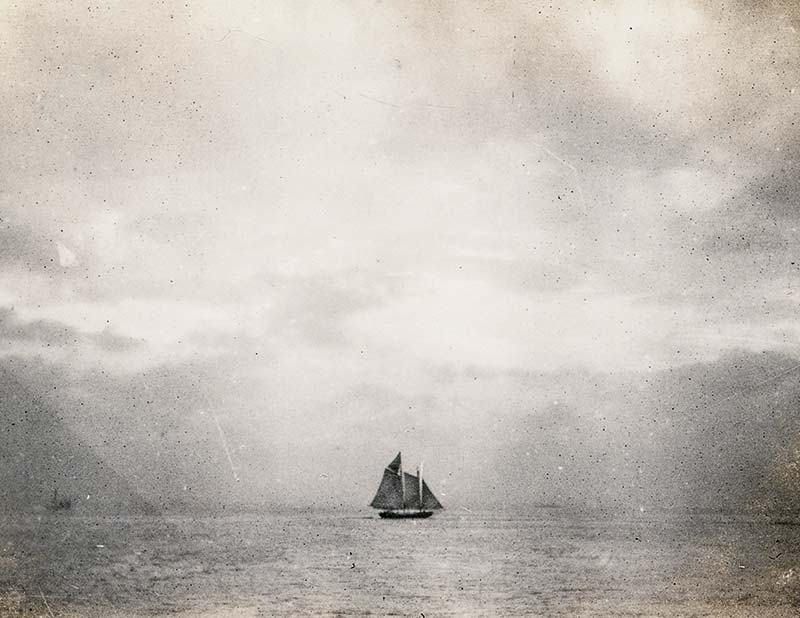 Voyager is a study in getting lost. Let us emphasize, not the feeling of being lost, but the act of getting lost with intention. Lost, whether in the wilderness or just in one’s self. Or dare we say, lost in space, as with the Voyager 1 space probe which just recently left its home solar system. Voyager drifts on as a sort of message in a bottle. Drifting, it will be 30 thousand years until it encounters the next solar system. If it is found, what will the golden recording that it carries reveal to that far away civilization? With the passage of so much time, will all meaning be gone? Or will the photographs and the recordings of Chuck Berry and Mozart form a new contextualization?

Working with both “found” photographs and constructed imagery, Voyager looks to explore this act of getting lost. An act that can lead to discovery and transformation but still can instill a sense of fear. A fear that all is lost and that the other side will never be reached. Finger proposes that embracing it is the only way forward, and that new discoveries await just beyond the wilderness.

Bill Finger is a Seattle-based artist whose work often draws from his past experience as an Assistant Cameraman in the Film Industry. His work centers around the construction and photographing of miniature “sets.” His images can be found in the permanent collection of the George Eastman House Museum of Photography in Rochester, NY and the Santa Barbara Museum of Art.