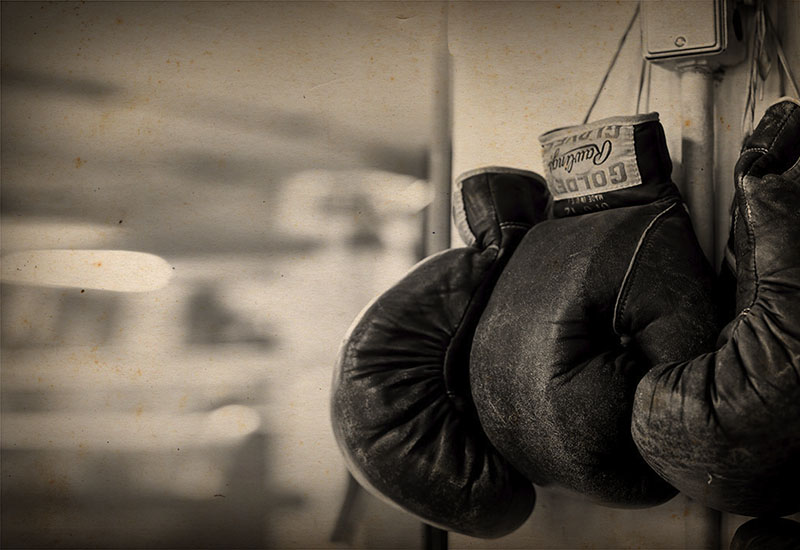 A right hook … and a left hook … Whoa, upper cut comin’ atcha! … sore knuckles … the sweat, the blood, the black eyes … 1-2 combos … a jab here and jab there … undisputed champions vs. the underdogs … remember, stay on your toes and roll with the punches … 10 rounds and the knockout!!!

Would you believe that PUNCH has been dancing and stinging for 10 years?! Yeah, it’s kind of hard to believe. Who’d of thunk this little gallery of ours would still be alive and kickin’ ten years in? We believe it is no small feat to keep an artist-run gallery afloat in a big city, and perhaps it’s all the more impressive considering that PUNCH has done so, and notably by a bunch of scrappy kids from the sticks with a crazy dream. So, what better way to commemorate this milestone than with a group exhibition uniting all current and former PUNCH artists who have helped us in this collective effort?

A lot has happened in that little space of ours on 119 Prefontaine Place. We’ve mounted over 110 exhibitions. We’ve helped advance the careers of several regional artists, some of whom have gotten picked up by other commercial galleries, gained the attention of the critics, won impressive awards and have simply continued making great work. We’ve taken our gallery to art fairs. We’ve introduced Seattle to countless artists via our periodic juried and group exhibitions. We’ve had our exhibitions reviewed both regionally and nationally. In owning up to our original mission, we’ve been an active and vital part of the NW art scene, operating as a space free from the constraints of commercialism.

Yes, we believe we have had a pretty good run, but after 10 years of operation we’ve decided it’s time to shift gears. At the end of this membership cycle in July we will be closing our physical doors. PUNCH as a corporation will remain as we will seek out curatorial projects, interventions and community happenings under our moniker with the mission of bridging the urban-rural divide. Though we will no longer have our physical gallery in Seattle, we will continue to explore and experience the curious space that exists between contemporary aesthetics and rural living here in central Washington and throughout the Northwest. But more on that later…

Now is the time to celebrate. 10 years. 10 FUCKING YEARS!!! That’s like 65 in dog years, and that’s a long and respectable life for a mutt, which is probably a good analogy for our collective aesthetics.

So, won’t you please join us in this victory lap? We hear you like cake.